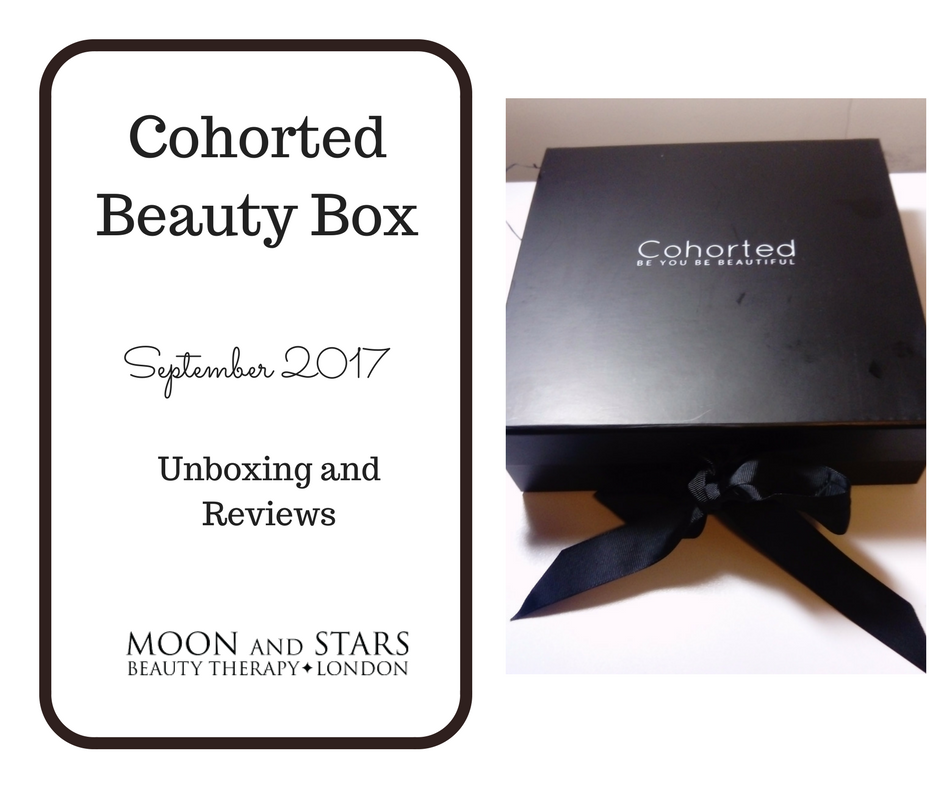 If you read my previous blog post on the best subscription beauty boxes, you’ll know it’s a saturated market.  Boxes range from £10 to £65+ and include a variety skincare, cosmetics, haircare and accessories. The Cohorted Beauty Box September 2017 should give you an idea of the kind of products to expect from Cohorted and whether you think it might be one subscription you might like to try.

Cohorted has always been one of my favourites, both in terms of value for money and quality of products. At £35 a month it’s not cheap, but it usually includes a number of full-size products. Interestingly, in recent months it’s moved away from being a purely make-up based box and now tends to include skincare and body care as well.

This month’s box has a value of £114.00 and includes three ‘discovery’ brands and two brands you’ve probably already heard of.

The box itself is a luxurious square black box made of quite sturdy card which would be handy for storage after use. The box has an expensive feel about it, as though you’re opening a present. Included are four or five items as well as a booklet describing the products themselves and some background information about the brands behind the products. Where applicable it also shows you how to use the products as well as a sneak peak of the next month’s box. 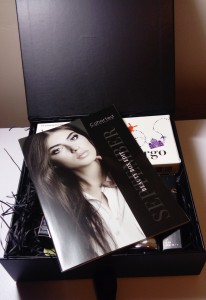 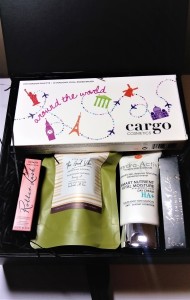 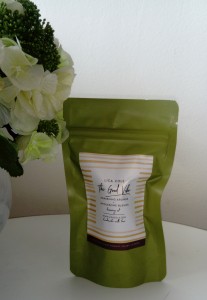 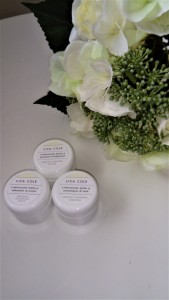 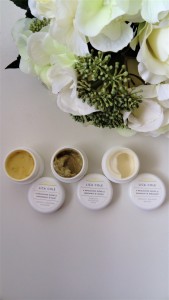 A refreshing cleanser containing Matcha and Chamomile that smells gorgeous. It wasn’t clear whether it was a facial or body cleanser, but after searching online for more information is seems that all three products are for use on the body.

The small pot was only enough for one shower, but it’s a great product and one I would definitely buy again.

A body scrub that is gentle enough for even sensitive skins but strong enough to be effective! I would recommend this scrub once or twice week, particularly before a spray tan or to extend a natural tan.

A body lotion that left me smelling of geranium and bergamot all day – wonderful! It is slightly oily (but then my skin is quite oily anyway), so I might recommend applying last thing at night. It would also be great to take away if you’re going somewhere warm as I imagine it’s fantastic for dehydrated skin.

I really enjoyed these products, but have yet to discover where to buy them in the UK which is frustrating. I will keep you updated if I find somewhere, as I think the discovery kit would make the perfect Christmas gift for those who prefer more natural or organic products. 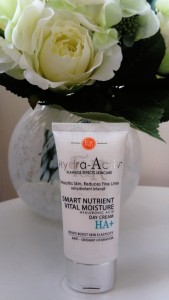 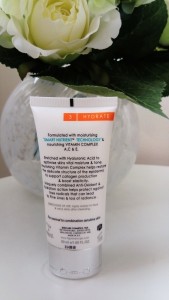 This is a a full size moisturiser from British brand Figs & Rouge. Designed to deliver long-lasting hydration which leaves skin looking smooth and radiant. It also contains Vitamins A, C and E which are anti-oxidants and neutralises free-radicals from skin aggressors such as pollution and smoking.

I struggle a bit with moisturisers sometimes.  They often don’t do a lot.  This is because the molecular structure of moisturisers mean they sit on the surface of the skin rather than being absorbed into the lower, dermal layers of the skin. So why should you use a moisturiser? They can form a barrier which protects the skin, they can help to hydrate the skin and can also create an even base for make-up.

I wasn’t wow-ed by this product to be honest. Despite being considered for normal or combination skin, my oily skin found it quite greasy. However, I used it in the evening over three nights and I did notice that my skin felt more plumped in the morning, which I’m attributing to the Hyaluronic Acid in the moisturiser.

It did seem very gentle though so I’m recommend this moisturiser for sensitive, dry skins, or for normal or combination skins during the summer months.

Until 30th September 2017, you can win £160 worth of Figs & Rouge products on the Cohorted website: https://www.cohorted.co.uk/win/ 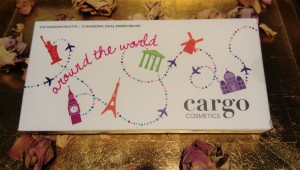 This is my favourite item in September’s Cohorted box. A selection of 12 neutral colours that are easy to wear with a mix of both matte and fun shimmers too. 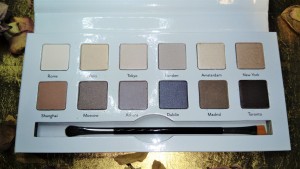 One of the reasons I really like this palette is that the colours are carefully placed to make up three separate quads of colours that go together. It takes the work out of co-ordinating eye shadow colours and who doesn’t love that?!

In each quarter, I would use the top left colour across the lid and up to the brow bone. I would then use the top right colour in the crease of the eye, making sure to blend thoroughly.  The bottom left corner in each quad is perfect for adding depth to the outside corner of the eye. Start a third of the way into the crease and use a ‘v’ shape outwards to end one third of the way into the eye-line. Finally the bottom right shade can be used as a eyeliner colour. Dampen the flat side of the dual-ended brush for extra definition, or leave dry for a softer day-time look. 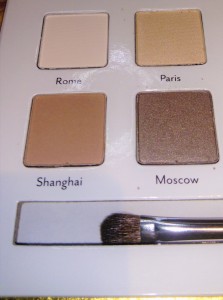 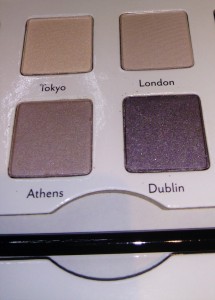 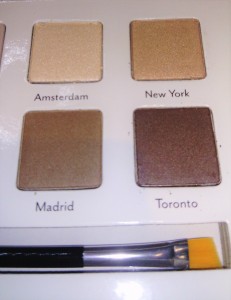 The colours are wearable and seem to blend nicely. There is a little bit of fallout, which means some of the colours falls off the brush when you’re applying it. The best way to get around this is to apply your eye make up first, before foundation and under-eye concealer. That way any fallout is easily brushed away and then covered up.

I think is palette is great for anyone new to makeup (a teenager for example), or who prefers a more natural, gentle look. 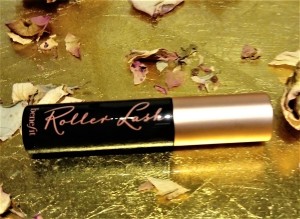 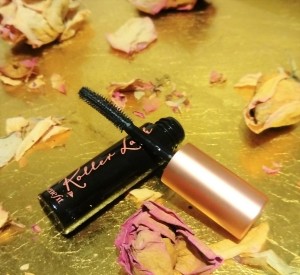 I have a confession to make. I HATE Benefit’s They’re Real Mascara. Lord knows I’ve tried to like it, given how popular it is. I’ve tried it a few times, but it always makes my eyelashes look ridiculous.  Clumpy, spidery and just fake. Not cool.

I do however love two other Benefit mascaras, Bad Gal Lash for daytime wear and Roller Lash for evening or more glamorous wear.

Roller lash is definitely lengthening rather than thickening. It has a patented Hook’n’Roll brush which grabs, separates, lifts and curls lashes. Be warned though, any more than two coats and  you’ll end up with a ‘deer caught in headlights look’!

I would see if you can pick up a mini-size (like the one in the box) so see if it suits you, or if you don’t wear mascara daily.

The only negative I find with Benefit mascaras is that they become dry and less effective quite quickly. After 2 – 3 months you’ll find you won’t get the same effect as a newly opened tube, but you should probably change your mascara every three months anyway, so it’s not the end of the world.

Highly recommended if you’re in the market for a new mascara. 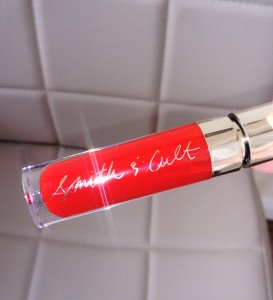 Smith & Cult is an interesting brand.  It is the brain child of Iranian-American beauty junkie Dinah Mojaher, who is one of the founders of Hard Candy. She sold Hard Candy to LVMH (Louis Vuitton Moet Hennessey) in 1999 and went on to explore other avenues in the cosmetics industry.

I’d only ever tried Smith & Cult’s nail polishes, so I was curious to try their lip lacquer.  I received the shade ‘The Warning’, described as a cardinal red with a gold micro shimmer. The descriptions for the lacquers on the Smith & Cult website are HILARIOUS, each telling a story.

This is (I’m presuming) the feeling of wearing The Warning is meant to evoke:

I analyzed every text from him, like Nancy Drew on uppers, hoping that maybe decoding the mystery would somehow make it better.

Humorous descriptions aside, I have to say this is one of the most pigmented lip lacquers I’ve ever tried. It feels soft and comfortable to wear and the colour really packs a punch.

Because of the richness of the colour, you do have to be careful that the colour doesn’t bleed when applied to the lips. My suggestion would be to apply a lip liner first, and use a small lip brush to apply the lacquer rather than the bud-shaped brush provided.

I’m really impressed with the Cohorted beauty box September 2017. It’s full of a wide range of products, some from brands I’d never tried before. All the products are high quality and none feel like ‘fillers’ which I’ve found in other boxes.

Do you subscribe to any beauty boxes? Which ones would you recommend?